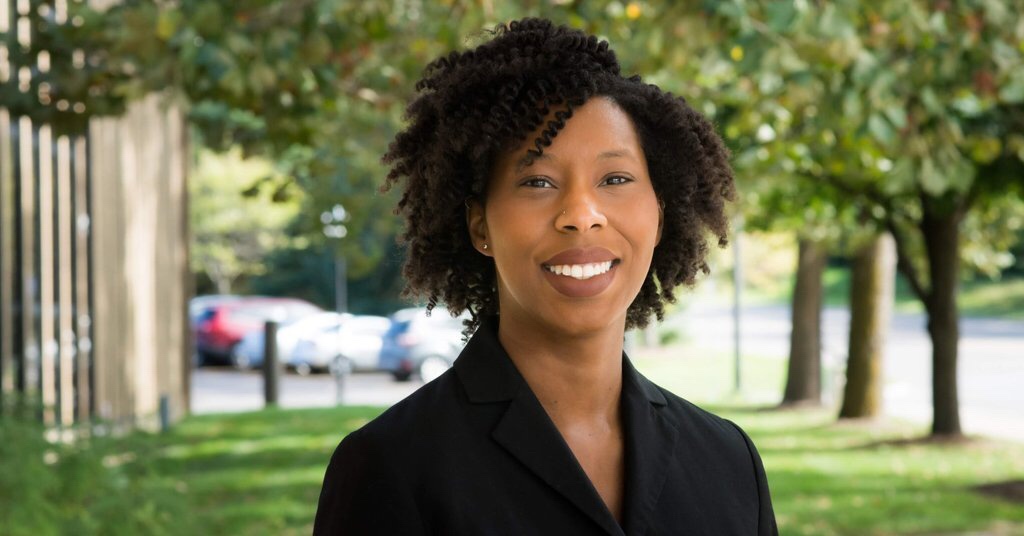 HERstory: A Conversation With The First Black Woman To Earn A PhD In Nuclear Engineering From Michigan

Throughout my journey I faced plenty of obstacles but I had to dig deep and focus on my goals to put myself back on track.

I am beyond excited to write about Ciara Sivels aka the first black woman to earn a PhD in Nuclear Engineering from the #1 Program in the Nation….the University of Michigan. I met Ciara my first year of grad school and we have been inseparable since…she also lives in the DC area so we spend a lot of time together. I have watched her shine her light in some of the darkest spaces where most people would throw in the towel. Not only is she a role-model for young women she is a role model for anyone who wants to leave the world better than they found it.

First things first. How does it feel to be the first Black woman to earn a PhD in Nuclear Engineering at the University of Michigan?

Ugh. Surreal is the best way I can put it. I still sometimes don’t believe it. I think when we all walk across that stage it will really hit me, but I’m humbled by the experience.

You knew early on that when you finished you would be the first. Did that motivate you through hard times or obstacles?

I think in instances where I was trying to overcome obstacles and challenges, it did, particularly at the end when I could see the light, but there were also times where I felt like it was an added pressure, especially when I was transitioning between the Master’s and Ph.D. program because I wasn’t sure if I wanted to stay at Michigan.

PhD programs are not always welcoming environments for women of color. What was the climate like at Michigan for you?

That first year was tough, being the only black graduate student in the department and in many cases the only female in class was challenging. I was use to it in high school, but at MIT, there were “lots” of black women in the Nuclear Engineering Program, so I guess I was spoiled. When I got to Michigan it was another story, but I almost felt like I had something to prove (I kinda did since I was conditional admittance) so I just put my head down and got to work. Thankfully, I met people outside of the department that I could confide in and then that next year Crystal Green (the 2nd black woman to earn a PhD in the department) joined the department so that helped a lot. One example that sticks with me, was a conversation I had with a classmate where I mentioned  that before going to MIT I wanted to go to culinary school to which her response was, “Oh, did you cook in the hood?”

You attended two elite universities and programs for both undergraduate and graduate school. How did your experiences at MIT and Michigan compare? What was different about them?

As far as similarities go, the undergraduate coursework was similar, although Glenn Knoll wrote the book on detection so Michigan may be superior in that regard lol. Also, it was kind of fun to have attended the top two programs in the country for Nuclear Engineering because they are always competing, so I was constantly comparing the two schools. The biggest difference for me was the sense of community. At MIT I lived in a majority black dorm and was super active in NSBE, so I always felt like I had somewhere to go and people to talk to. Also, MIT was a beast for me academically  but because of the black community there I always felt supported. That was more challenging for me at Michigan, first because it’s a much larger school than MIT and second because priorities in grad school are just different. Grad school can be a super isolating experience if you’re not careful. So, I felt like I had to put more effort into my work life balance at Michigan.

You’ve made history and left behind a solid foundation. What do you hope your legacy teaches the next generation of women of color pursuing degrees in STEM?

I hope they see that anything is possible with perseverance and confidence in yourself. Throughout my journey I faced plenty of obstacles but I had to dig deep and focus on my goals to put myself back on track. I hope that people understand that this road is not the easiest but possible and certainly gratifying.

Graduate school can be full of ups and downs. What did you learn about yourself throughout the process?

If I wasn’t resilient before I definitely am now. And I think I finally learned how to navigate tough conversations.

If you could do one thing different in graduate school. What would it be and why?

Hmmm, I think (and this is shocking) I would’ve have done more research at PNNL (Pacific Northwest National Laboratory). I think there were lots of cool projects that I could’ve been involved with to expand my skills.

As one of your best friends I know you are great at many different things. Do you think you’ll stay in the more technical side of engineering or try something different?

I hope to stay on the technical side for now but who knows what the future holds.